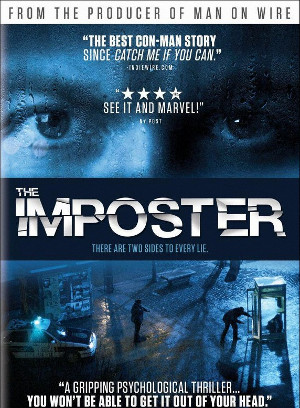 Movie – There are some who feel truth is just as good as fiction and at times better. The Imposter is one of those stories that may be better than fiction. For watchers of Spanish cinema, like something out of a Pedro Almodóvar film. It is a documentary about a missing child, Nicolas Barclay. In 1994 a family in Texas reported their son missing. He turns up three and a half years later in Spain. Or does he? The Barclays do not see their “son” for the first time until he is back in Texas. Their child was a blond hair blue eyed boy. The person they are reunited with is neither blond nor blue eyed, with a profound Spanish accent, and seems to look older than 16, which is the around the age Nicolas should be.

The Imposter will take you on a trip with twists and turns throughout only to leave you with more questions. There are questions about the person claiming to be Nicolas. Who is he, what is he doing, and why is he doing this? In addition, why does the family accept this stranger as their son? Serious criminal accusations will keep the viewer questioning what is going on in this family. All of this will leave you with more questions that may or may not be fully answered by the end of the film.

Whether you like true-crime or enjoy fiction, The Imposter will give you a good story, almost as good as, or even better than most mysteries. This one is for those who enjoy mysteries, thrillers, true-crimes, and love plot twists.