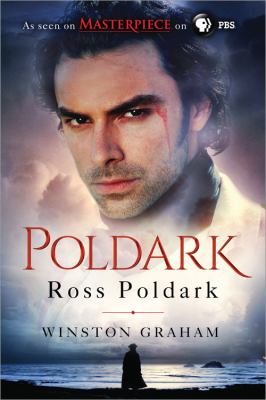 Book – If you are a fan of the PBS series Poldark, then I highly recommend the books in The Poldark Family novels by Winston Graham. These stories beautifully compliment the TV series by giving a better perspective of the complexity of the characters. The reader also experiences the wildness of Cornwall and gets a good sense of this historical period, which was a time of prosperity for the rich and despair for the poor. Beginning with the first book Ross Poldark, our hero returns to Cornwall after being gone from home for years fighting in the American Revolutionary War. The captain’s homecoming is not the joyous event that he anticipated. He learns that his father has died, his family home, farmland, and tin and copper mines have been neglected or are in ruins, and his beloved Elizabeth, who believed Ross was dead, is now engaged to his cousin. Ross does the only thing he can, he rolls up his sleeves and tries to rebuild his family fortune and gain respect of the community.

The books are action packed, adventurous, and romantic with heroes we love to root for and villains that we love to hate. At the heart is Ross Poldark, flawed but deeply loyal to those he loves. Though a member of high society by birth, he is more committed to the workers in the mines and the local villagers, which causes some friction with people of his own standing. You will be swept up into this saga and you will want to keep on reading!

The Library owns all the books in the series. The next one is Demelza.