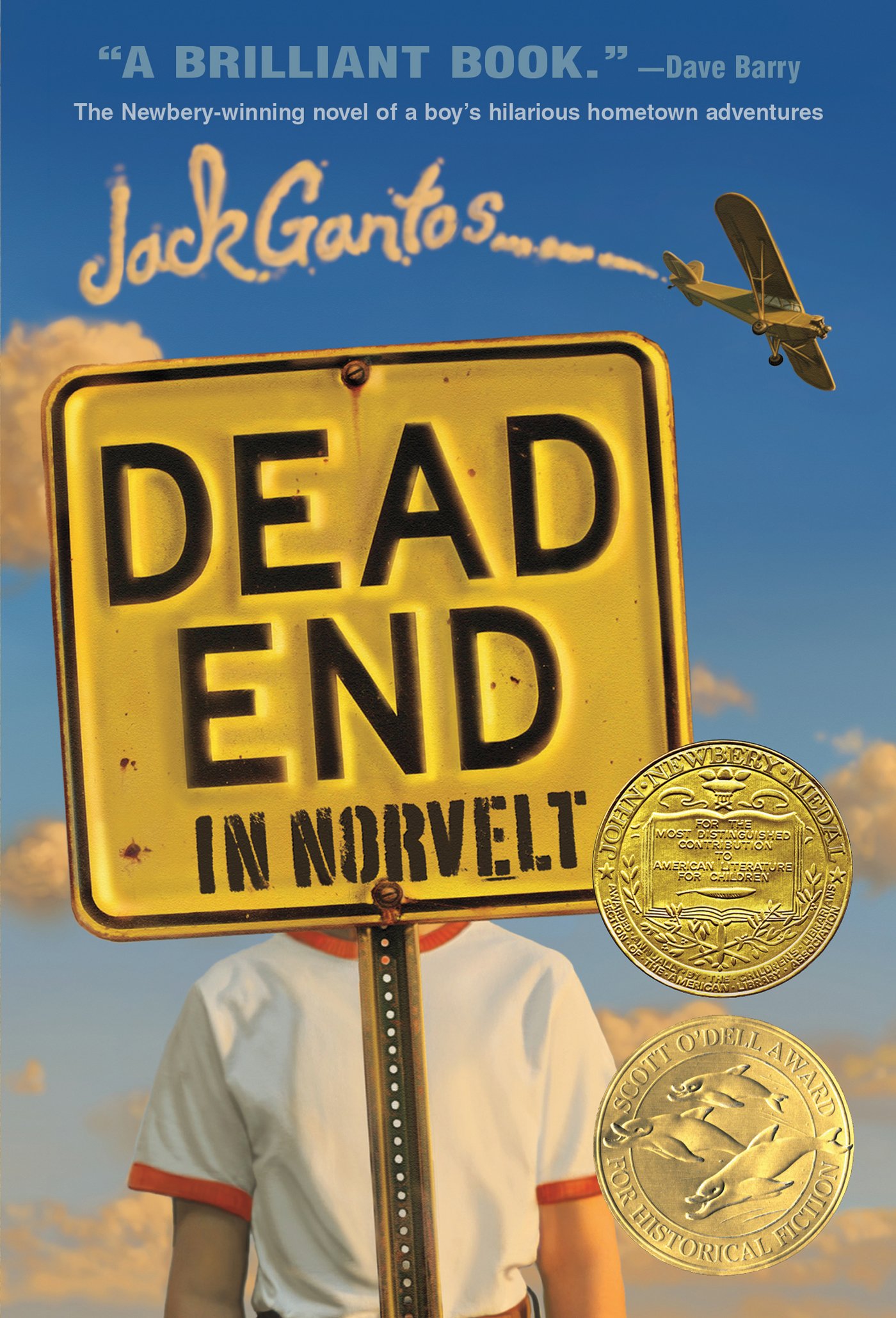 Book – As a children’s librarian, there is no doubt that I am biased in favor of children’s books, but you don’t need to take my word for it that this one makes a fun read even for grown-ups. Besides the vote of confidence from the Newbery Committee, I have the testimony of my grandparents–neither of whom is a children’s book reader in general but each of whom devoured this one in a day, laughing all the way–to back me up in that claim.

1962 is the summer of eleven-year-old Jack Gantos’ perpetual grounding. With a nose that won’t stop bleeding, on the outs with both his parents and forbidden from playing baseball with his friends, Jack might have a grim few months ahead of him if not for his feisty elderly neighbor. Mrs. Volker, the resident historian of the small town of Norvelt, needs the loan of Jack’s hands to type up obituaries of her fellow orginal Norvelters, the rare task for which Jack is released from house-arrest. But when those obituaries start coming a little too thick and fast, Jack and Mrs. Volker become an unlikely team of sleuths, and fast friends into the bargain.

Part mystery story, part fictionalized memoir, entirely small town slice-of-life, Dead End in Norvelt explores questions of community and memory without ever feeling preachy. Centering as it does on an inter-generational friendship, it’s a great choice to share within families–but even if you don’t have a child, grandchild, niece, nephew or cousin to pass it on to, it’s well worth the rollicking ride.