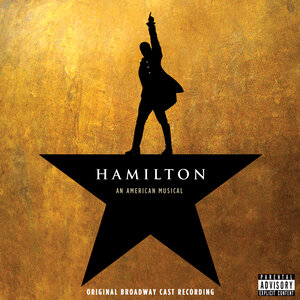 The story follows Hamilton (played by writer & composer Lin-Manuel Miranda) from his arrival in New York City in 1776 through the Revolutionary War, George Washington’s presidency, and to his death in a duel with Aaron Burr (spoilers!) in 1804. Burr, played by Leslie Odom, Jr., narrates, offering a little distance from Hamilton’s own relentless enthusiasm. The music is a brilliant mashup of theatrical flair and the past several decades of hip-hop, quoting both lyrically and musically from sources as diverse as Les Miserables, Beyoncé, Company, Kanye West, Gilbert & Sullivan, and Biggie Smalls.

This show is so dense, complex, and uniformly strong it’s hard to pick out favorite pieces. General Lafayette’s (Daveed Diggs) rap in “Guns and Ships” is a huge amount of fun; Burr’s statement of purpose in “Wait for It” is outstanding; Thomas Jefferson (also Daveed Diggs, in a great piece of double casting) never gets his own showstopper, but he steals every piece he’s in anyway. When it comes down to it, though, it’s Angelica (Renée Elise Goldsbury) and Eliza Schuyler (Philippa Soo) I love best – their songs, particularly “Satisfied” and “Burn,” are some of the best depictions I’ve ever seen of strong women constrained by their place in history.

If you get hooked, there’s plenty of American history to keep you busy, from Ron Chernow’s biography that formed the basis of the show to new titles like War of Two: Alexander Hamilton, Aaron Burr, and the Duel That Stunned the Nation and Lafayette in the Somewhat United States.