Book – This is a wonderful work of fiction that is well-researched. This book should appeal to those interested in how global warming can impact our ecoystem. Readers will cheer for Dellarobia, a young woman who had lost her dreams of college and a better life due to poverty and pregnancy at the age of 17. Her story unfolds as she stumbles upon a “lake of fire” which turns out to be millions of migrating monarch butterflies. Set in a rural Applachian town in Tennessee the event becomes an instant phenomena drawing scientists, reporters, and gawkers to the site. Barbara Kingsolver’s background in Biology is apparent as the book details the life cycle and habits of monarch butterflies. Readers will enjoy spunky Dellarobia’s evolution as she emerges from her cocoon and spreads her wings. A very informative, eye-opening, and enjoyable read.

Book – Elizabeth Berg’s latest release is a quick, heartwarming read that is full of honest introspection on life, death, and friendship, which fans of Berg have come to expect. After the death of a close friend, Cecilia Ross allows herself to be guided by a Tarot card reading, and makes a dramatic change by selling her home and moving into a charming old house in St. Paul where she bonds with three female roommates of differing ages. Witty dialogue enriches the story as these restless women decide to take a road trip together, each with a particular destiny they wish to fulfill on the road. Cecilia is looking for Dennis Halsinger, the man she never got over, who recently sent her a postcard out of the blue. I alternated between reading the print copy of this title, and listening to the sound recording. The recording is narrated by Barbara Caruso who possesses a mature voice that emphasizes the retrospective segments of this novel in which Cecilia looks back on her life and the relationships that shaped her. For another amusing read on the topic of traveling women, try Sand in My Bra and Other Misadventures: Funny Women Write From the Road. Contributors to these humorous tales include Ellen Degeneres, edited by Jennifer Leo. 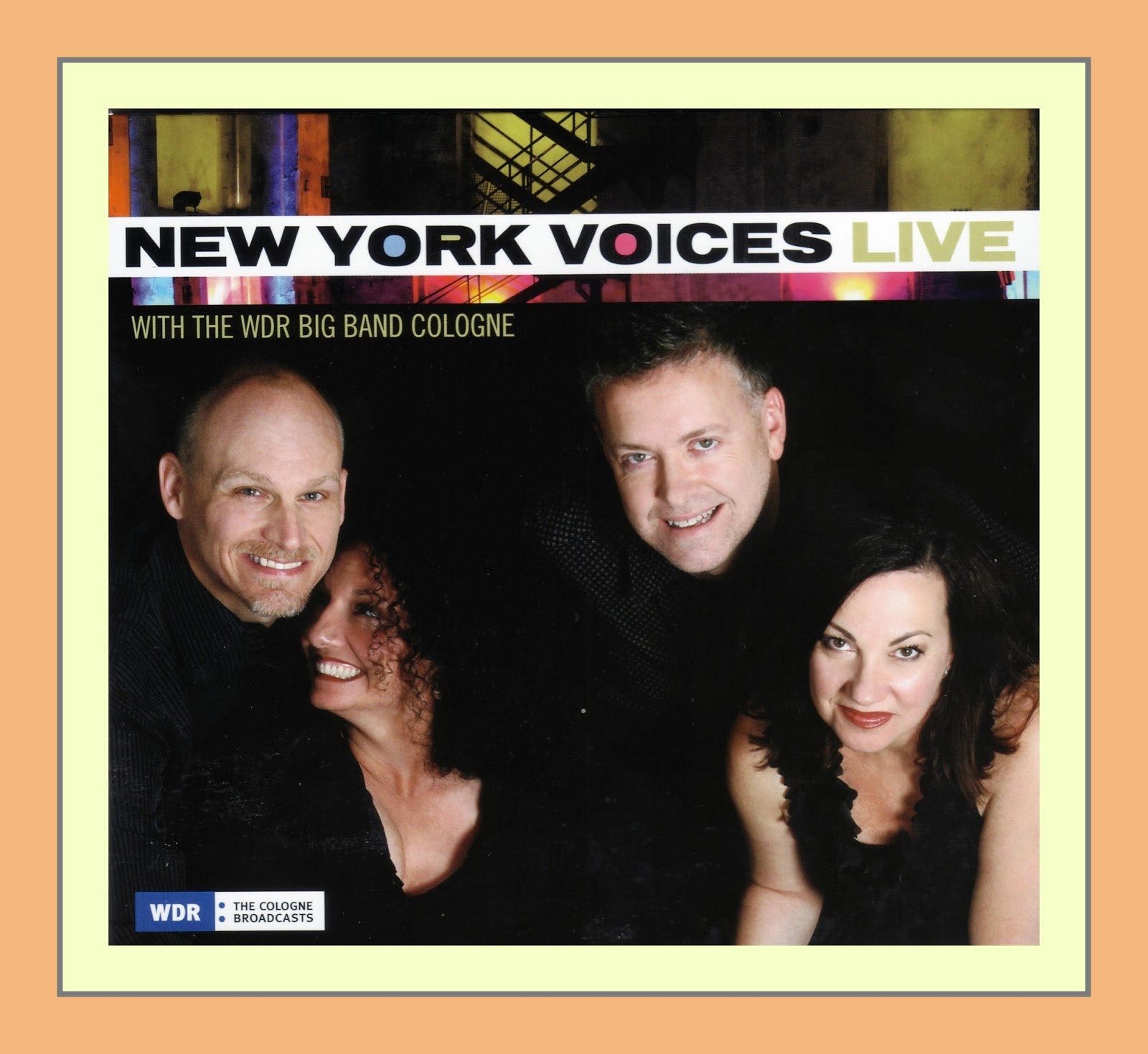 Music – This newly released CD (2012) was actually recorded live in Koln, Germany (2008). The WDR (West German Radio) Big Band has been recording since 1946. They’ve won a Grammy and recorded many albums. Patrons can find them on Facebook (as well as The New York Voices). The current leader of the band is Michael Abene. If you like The Singers Unlimited, Manhattan Transfer or Gordon Goodwin’s Big Phat Band, then this album may interest you. It swings with remarkably inventive and complicated arrangements. The members of the band and the soloists are some of the best around. It is the best of both worlds: a dazzling, studio big band coupled with fabulous singers. The arrangements of standards, such as “Darn That Dream,” “Almost Like Being in Love” and “Love Me or Leave Me” make them sound fresh and cool.

Book – Sir Samuel Vimes, Commander of the City Watch and Duke of Ankh-Morpork, is having a rotten week. The anniversary of the Battle of Koom Valley (when either the dwarfs ambushed the trolls, or the trolls ambushed the dwarfs, depending on who you ask) is approaching, and the city’s dwarfs and trolls are feeling particularly edgy about it this year. On top of that, a painting of the historic scene has (probably) been stolen, a dwarf leader has (probably) been murdered, and Sam has got to be home by 6:00. No excuses. Sam Vimes has long been one of my favorite Terry Pratchett characters, and Thud! has him at his best – overworked, overpaid, and overwhelmed, but still more than able to take on whole armies with the force of his belief in the power of a properly-run police force. While this is one of the later books in the City Watch Discworld series, it’s still entirely enjoyable by the first-time reader, particularly if you enjoy world-weary cops and a bit of bite with your laugh-out-loud humor.

Book – I listened to the audiobook of Tiny Beautiful Things, which was read by the author, Cheryl Strayed (who also wrote the bestselling memoir Wild). The book is a compilation of articles from her online advice column, “Dear Sugar.” Her readers seek advice on topics ranging from relationships to self-loathing to addiction. Strayed interweaves her own personal experiences in her replies and her emotional availability and perception is what makes this book different from a typical advice column book. Strayed’s unflinching honesty and her interesting perceptions intrigued me. As the story of her personal life unfolds, from her mother’s early death to her experiences with love, drugs and sex, she relates it to the knowledge she gained and its relevance to the issue at hand. I found myself reflecting on the dilemmas of her readers, the issues discussed and their applications to situations in my own life.